We've all had that feeling. You know, the one that springs up from somewhere deep inside to let us know something is not quite right. Mary Giovannelli had that feeling several years ago when she visited a specialist in Branson, Missouri to discuss the pain she was having in her knee.

The doctor suggested knee replacement surgery and Mary agreed it was what she needed. But there was that feeling. "A gut feeling," she recalls. It had nothing to do with the doctor and nothing to do with the procedure. In fact Mary couldn't put her finger on exactly where this feeling was coming from, but it was there and she chose not to have the surgery.

Mary Giovannelli has always been on her feet. Born in New York City, Mary grew up in South Florida, then marriage took her to Texas. Mary jogged and played golf and tennis, and after years of owning and operating an insurance brokerage with her husband Dan, the couple opened an Italian restaurant just north of Houston. For the next nine years, Mary spent hours standing in the kitchen making lasagna and chicken parmesan. "My parents were born in Italy so I'm a first generation American," Mary says. "I was taught at a very early age to make everything homemade." But Mary was in pain. It started in her right knee, and soon she was experiencing what she describes as "hard pain" in both knees. By the time the couple retired to Branson, Mary's quality of life was rapidly declining.

After five years in Branson, Mary and Dan moved to Simpsonville to be closer to family. By this time the pain in Mary's knees had been steadily increasing for nearly ten years, and she was having a hard time walking more than twenty feet without excruciating pain. It was time to reconsider knee replacement surgery. So Mary did what most people do when it comes time to find a doctor or hospital — she went to her computer. "I did a lot of online research," she says. "I was checking into infection rates and quality of care. I also talked to neighbors and people I'd met through clubs and organizations." Based on her research and other's recommendations, she chose Dr. Stephen R. Ridgeway, a knee and hip specialist with Piedmont Orthopaedic Associates.

But the feeling Mary experienced back in Branson still spooked her, and she didn't want to rush into such a big decision. "I made an appointment with Dr. Ridgeway about a year before my surgery," she says. "I told him, 'I'm interested in getting this done, but I'd like to get to know you a little bit better before.'" Every month that I went, I was more and more impressed with him. He knew what he was talking about and he is a no-nonsense kind of guy, which I like. He was honest and upfront and looked me square in the eye."

Mary didn't want to have knee replacement surgery if there was a chance that she would end up with tight knees and continued pain. She only wanted to do the procedure if it meant she could do all of the activities she used to enjoy before they became too painful: tennis, golf, hiking, walking her dogs and one she had yet to experience, chasing after her grandchildren. "I have five kids and six grandchildren," she says. "I mean, after having five kids a double knee replacement is nothing, right?" Dr. Ridgeway told Mary she would be able to do all of these things again, but that it would require some work on her part, both before and after the surgery. "He told me the stronger you are before the procedure the better your outcome," she says. So in December of last year Mary started a self-guided training program in preparation for her March 10th surgery date. "I'm Italian, so I love to eat," she says. "But I put myself on a diet and started eating healthy foods and working out more. I got a stationary bike and started using that as much as I could, and I did different types of sit-ups in a chair to build strength in my arms."

Mary also attended "Joint Camp" where the counselors reiterated Dr. Ridgeway's directive on the importance of strengthening and exercising the muscles prior to the surgery. By the time she checked into the hospital Mary felt like she was in the best shape she could be.

The surgery took place at ST. FRANCIS eastside and lasted about two hours. It's important to get the new knees moving and rotating so the staff had Mary up and walking the day after the surgery. "Of course there is pain and you're walking with a walker," she says, "but I was able to walk to the physical therapy room. At that time it seemed like a mile, but it was really just down the hall." When Mary returned home, a St. Francis physical therapist visited her three times a week for two and a half weeks. By the second week, Mary was able to walk to the end of her street and back, a distance of roughly two-tenths of a mile. "And I did it without a walker or a cane," she adds.

Mary continued to improve with an outpatient physical therapy program and just eight weeks after her knee replacement she completed a 5k. "I never thought that would be possible," she says. "I thought maybe in six months I'd be able to walk a couple of miles." Although Mary walked the entire 5k course, she's quick to point out that she wasn't the last one across the finish line. "And when I finished I had no pain," she says. "As crazy as it sounds, there was no pain." When we spoke to Mary in late June, she had just returned from a vacation in Destin, Florida where she says she did everything from boating to swimming to hiking to playing golf. "I can play tennis too," she says, "I just don't move quite as fast as I used to, but I'm getting there." Mary says this type of active vacation would have been impossible before the surgery. "I would have just sat there on the deck while everyone else had fun."

When it comes to her bilateral knee replacement Mary doesn't mince words. "Dr. Ridgeway changed my life," she says. "If anyone is thinking about doing it, I say 'go for it.' But listen to your doctor and do what they tell you to do. It will make things so much easier. I did, and it's given me a new life."

The services we provide to newborn infants rank among the most important things we do. New lives, when they are most vulnerable, need state-of-the-art, compassionate… 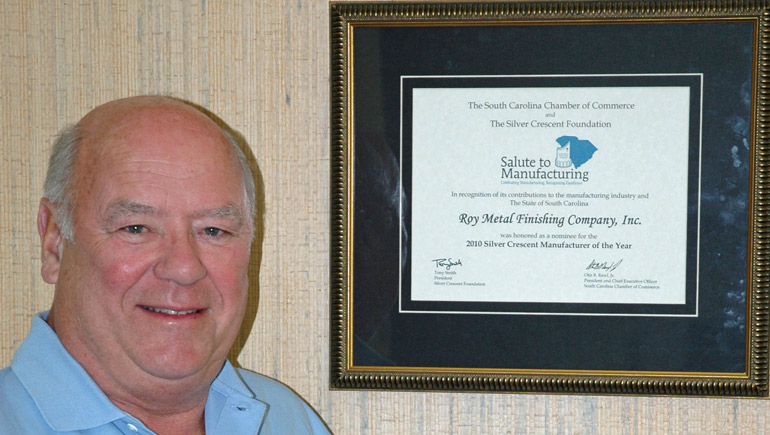 Cliff Roy’s mother, Cecile, was a dedicated volunteer for the St. Francis Festival of Trees, initiating the lovely Poinsettia Tree. Throughout their life, Cecile and… 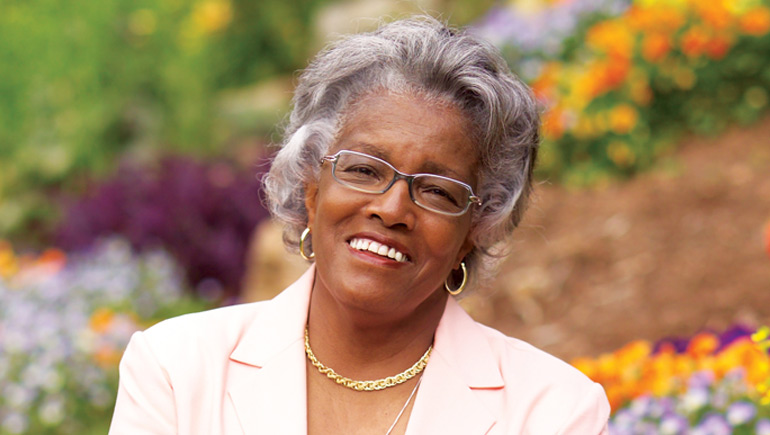 Community leaders like Pearlie Harris are in high demand, so when they make the decision to give their time to an organization, you can bet…